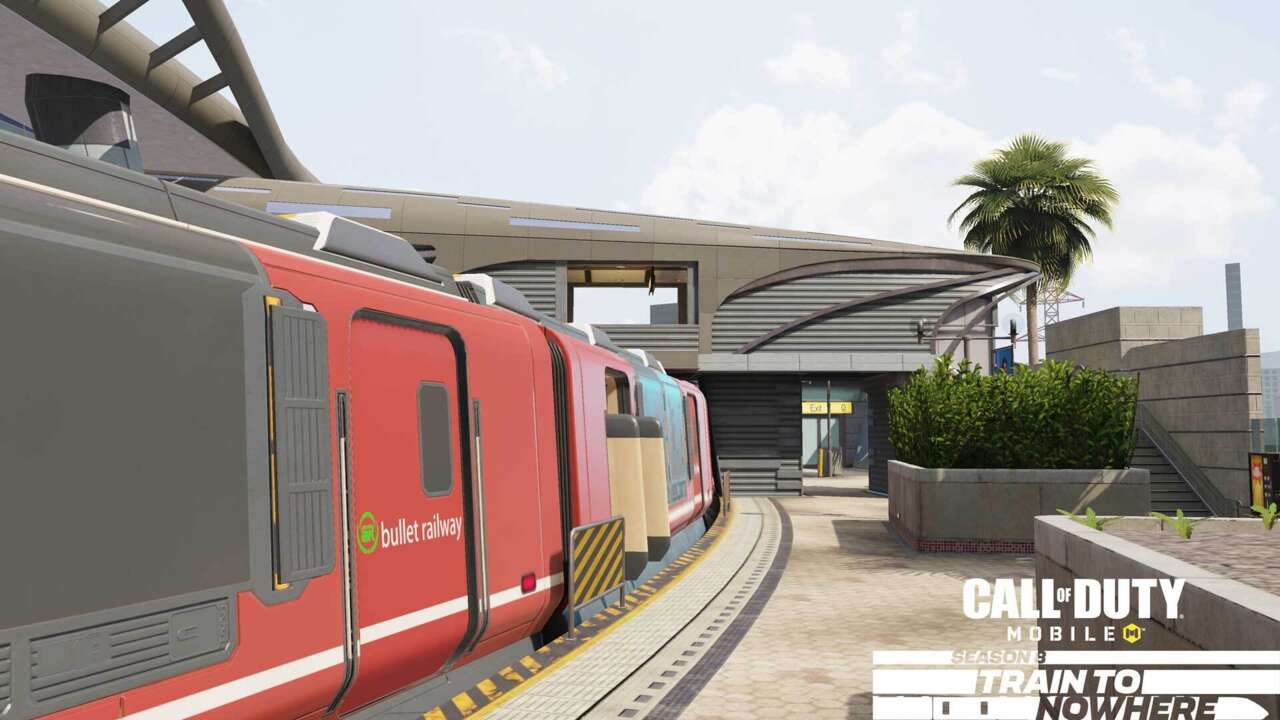 Activision has announced Call of Duty Mobile‘s Season 8: Train to Nowhere, which features an undercover agent theme and a limited-time spy event. The season will include a new battle pass, weapon, new perk, operator skins, and more.

Season 8 offers a new 50-tier battle pass for players to level through. The pass includes free and premium rewards, such as a new weapon, weapon blueprints, calling cards, CoD Points, and more. The premium tiers will include several cosmetic items, including new operator skins for Misty, Seraph, and Adler.

Operation: Spy Hunt is Season 8’s spy-themed event. Players will collect clues by competing in multiplayer and battle royale, and then they use those clues to intercept enemy intel. Intercepting the intel will earn cosmetic rewards.

Additionally, the battle royale mode will have a special task during the Operation: Spy Hunt event. Players will be tasked with eliminating specific enemies in their battle royale matches. Completing the special task will earn the player additional clues. Players can track their targeted opponent by getting eliminations and assists throughout the match, granting access to a special tracking ability that will temporarily ping the target’s location on the map.

Unlocked at tier 21 of the free pass, Season 8: Train to Nowhere introduces the ZRG 20mm sniper rifle. The ZRG 20mm is a bolt-action sniper rifle with a slow fire rate and fast bullet velocity.

Unlocked at Tier 14 is the new Igniter battle royale class, which allows players to place flaming tar traps that burn and slow enemies who enter the ring of fire. The traps can block off access to important locations, allowing the user to flee or hold a position against their opponents. The Igniter class also allows the user to gain added resistance to fire and explosive damage.

Fitting with the season’s name, Call of Duty: Black Ops 2’s Express map is making its Call of Duty Mobile debut. Express is a map set at a high-speed rail of train station in Los Angeles, California.

For the spy theme, Spycraft is the new perk for Call of Duty Mobile. Spycraft lets players hack land-based enemy items to take control of them for their own use. The perk is earned through a seasonal challenge, and it will grant the ability to hack equipment like the trophy system, trip mine, SAM turret, sentry gun, transform shield, and munitions box.

In addition to Season 8 of Call of Duty Mobile, Warzone and Vanguard are currently in their final season of content with Season 5: Last Stand. The Last Stand battle pass highlights include two new weapons and adds an operator skin for Raul Menendez, who is the iconic antagonist from Call of Duty: Black Ops 2.