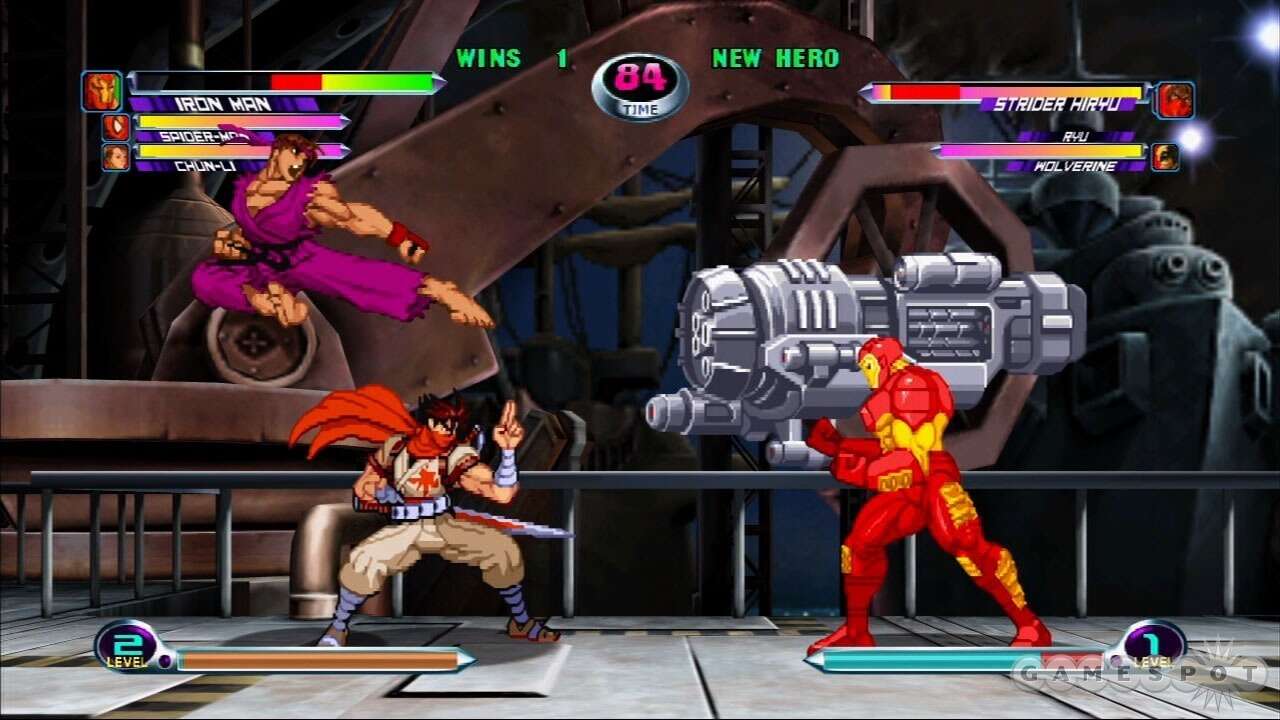 Arcade1Up’s upcoming Marvel vs. Capcom 2 home arcade cabinet is available to preorder a little earlier than expected. Preorders were supposed to go live on September 8, but you can order the cabinet now for $600 at Target. The cabinet releases October 1, and Target estimates that orders will be delivered either on release day or shortly after.

Even though more than two decades have passed since its initial launch, people still play Marvel vs. Capcom 2 competitively. Though it wasn’t featured in the Evo 2022 tournament, it was a longtime fixture at the event, appearing in the lineup for nine straight years starting with Evo’s inaugural tournament in 2002.

The Marvel vs. Capcom 2 competitive scene may even see a spike in interest due to the new cabinet and its support of Wi-Fi multiplayer. You can also play against a friend in local multiplayer, as there are two sets of sticks and buttons on the control panel. The cabinet will include the full lineup of 56 fighters.

Marvel vs. Capcom 2 is undoubtedly the most exciting aspect of the new cabinet, but as usual, the cabinet will be pre-loaded with a bunch of other games. Including Marvel vs. Capcom 2, the lineup features eight games, all eight of which support worldwide online multiplayer:

The five-foot cabinet (with riser) has brand-new Marvel vs. Capcom 2 art, a light-up marquee, and a 17-inch display. If you’ve never purchased an Arcade1Up cabinet, rest assured that they are very simple to assemble and disassemble, should you ever need to move the cabinet.

Marvel vs. Capcom 2 isn’t the only exciting upcoming cabinet from Arcade1Up. An NFL Blitz cabinet releases later this month, and preorders are available now.