House Of The Dragon May Be A Prequel, But It Can Still Keep Us Guessing–Here’s How 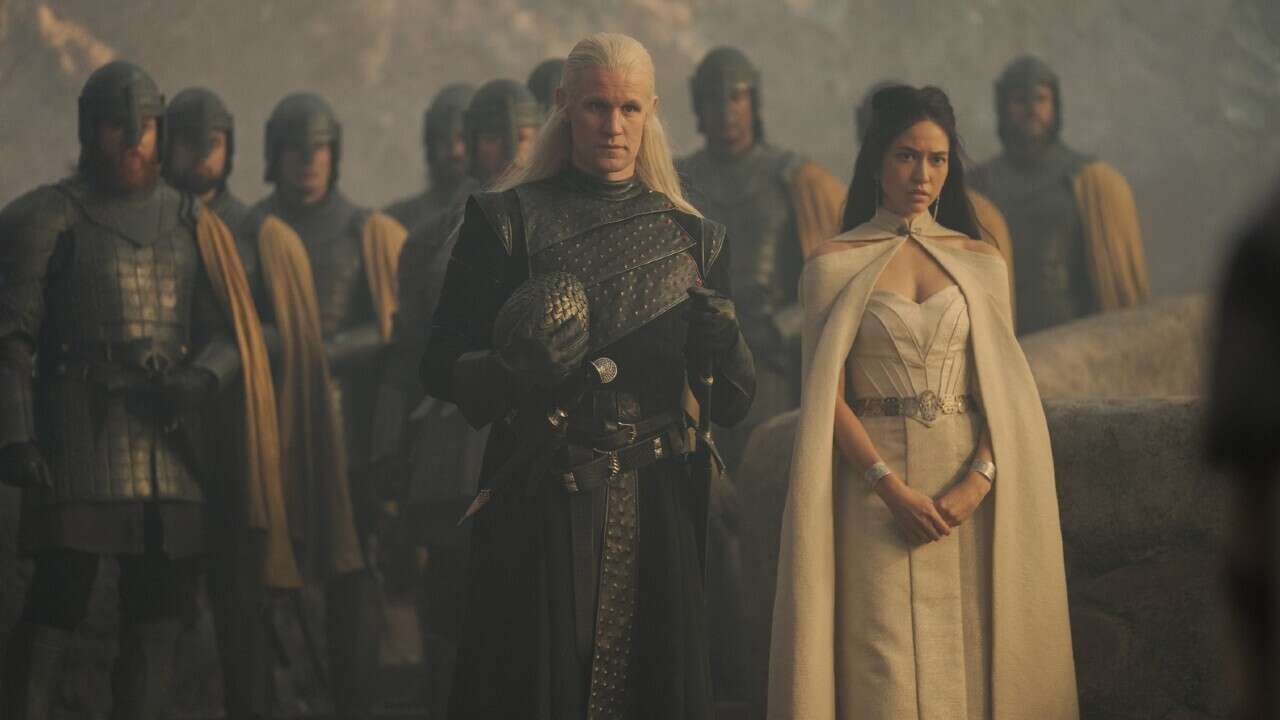 That blockbuster first episode of House of the Dragon went down well enough, but it didn’t answer the single biggest question about this show: why does it exist? Why do this story specifically, seemingly just another story in the Game of Thrones universe, instead of a story that might be more immediately relevant to the main series?

And why craft a story that had apparently already been told in full in the George R.R. Martin novel Fire & Blood? We apparently know all these characters’ life stories from beginning to end, after all.

While that first episode may not have provided the answer I was looking for, I think the second episode may have. And the answer I came away with is intriguing in a way I didn’t expect: that the book is just the “official story,” and what we’re seeing here is what really happened.

Let’s go on a little journey. Midway through the episode, Daemon Targaryen (Matt Smith) sent a message to his brother, King Viserys (Paddy Considine), informing him that he would be marrying his consort Mysaria (Sonoya Mizuno)–even though he was already married and she was a prostitute–and that she was carrying his child. And he stole a dragon egg to put in the baby’s crib, in the Targaryen tradition.

King Viserys skipped the wedding, sending his Hand Otto Hightower (Rhys Ifans) instead. There’s a tense standoff when Hightower and friends show up at Dragonstone, but Daemon’s niece and dragon rider Rhaenyra (Milly Alcock) intervenes and cools things down.

Throughout the standoff between Daemon and Otto, Mysaria seemed baffled and annoyed by pretty much the entire discussion, until she stormed off before it was resolved. And later we learn why: this was the first she’d heard of her own pregnancy and upcoming wedding.

“I ensured long ago that I would never be threatened by childbirth,” says an angry Mysaria, a prostitute by trade. She’s understandably frustrated that his shenanigans have managed to put her at the center of the realm’s attention, something no sane person would want since those types of folks tend to not live too long.

Now the kicker: as far as Fire & Blood is concerned, Daemon did impregnate Mysaria, but she later lost the baby to miscarriage. This isn’t any kind of major change, of course, and in narrative terms this scene serves primarily to illustrate what kind of person Daemon is. But it tells us so much about how this adaptation will be handled, and how the writers will be able to keep us guessing even with Fire & Blood apparently telling us exactly what’s going to happen.

If you’re not familiar with it, the most important thing to know about Fire & Blood, which is sort of a book-length Wikipedia article that details the entire 300-year Targaryen dynasty from beginning to end, is that while it’s written by George RR Martin, its conceit is that it’s an in-universe history book written by a maester a couple decades before the events of A Game of Thrones. So it’s not just a book that we can read. It’s a book that exists inside the Game of Thrones universe.

So when we learn that Mysaria wasn’t actually pregnant, we’re also learning that maybe that official historical record has some holes. And maybe the maester who compiled this grand history didn’t get all the details–or at least get them all accurately. And that means there’s plenty more room for surprises than I previously thought.

Aside from this change, the adaptation has stuck very closely to the text. That’s probably why this deviation feels so major. House of the Dragon isn’t going to be the sort of adaptation that makes major changes to save time or extra drama or all the normal reasons TV and movie adaptations break away from the source material.

Martin loves that kind of stuff–unreliable narration is a huge aspect of the Song of Ice and Fire novels, and of the Game of Thrones TV series. Remember the reveal that Lyanna Stark and Rhaegar Targaryen were actually secretly in love, and the story about him kidnapping and raping her was essentially a political coverup? House of the Dragon could very well be a show that’s built on twists like that one.

And it’s not as though the Fire & Blood version of this tale doesn’t have holes already. Daemon Tararyen’s death in the text is merely presumed, rather than confirmed. And that’s just the most obvious opening–as this series goes on, we’ll probably discover a whole lot more that we probably wouldn’t have otherwise noticed.

Think about it like this. With Fire & Blood, Martin gave us the school textbook version of history. Now, on House of the Dragon, it’s time to see what really went down.