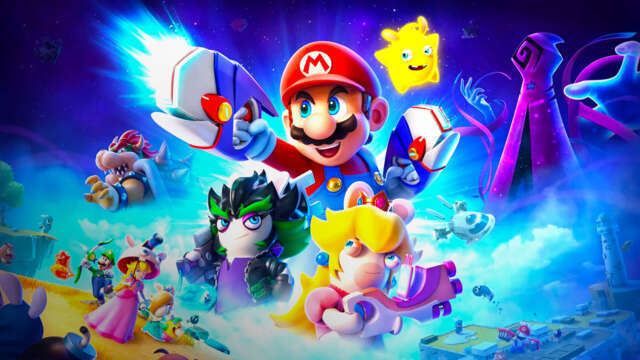 The Tower of Doooom (how Ubisoft spells it) will be the first update to come out in early 2023. In this expansion, Madame Bwahstrella will call upon Mario and his friends to fight enemies in her multi-dimensional tower to save their old friend Spawny. The new update will also feature a new combat mode that’ll have players face off against smarter enemies as they get closer to the top of the tower.

Following that, the second DLC is scheduled to be released in mid-2023. Players will travel to a new planet filled with new environments, characters, enemies, and secrets. In addition to all the new content, this expansion will feature a new story for players to unravel.

The last DLC is scheduled for late 2023 and will have Rabbid Peach and Rabbid Mario team up with Rayman in a new adventure.

To play any of these expansions, you will need to have the game’s season pass, which can be separately purchased for $29.99 at the Nintendo eShop. The Season Pass is also included in the Mario + Rabbids Sparks Of Hope Gold Editon for $89.99

Be sure to check out our review on Mario + Rabbids Sparks Of Hope, where Steve Watts stated, “Put simply, Mario + Rabbids: Sparks of Hope is an absolute delight. This is a combination that shouldn’t work, and yet it more than works–it excels. When Ubisoft announced Kingdom Battle, the concept seemed so goofy that its success came as a surprise. Sparks of Hope is an improvement in every meaningful way.”